I SWEAR I DIDN’T PLAN IT!
I swear I didn’t plan to launch my new zine, MANIFEST (zine), on the cusp of International Zine Month (thanks Alex Wrekk). But sometimes really good things happen that way!

WHAT IS A ZINE, YOU ASK?
A zine — pronounced zeen — is a small circulation, self-published work of original or appropriated texts and images, usually reproduced via photocopier. It has no defined shape or size, and may contain anything from poetry, prose, and essays, to comics, art, or photography.

A zine is a multi-purposed publication form that has deep roots in political, punk, feminist, artistic, and other subculture communities. Original zinesters are rumored to include Thomas Paine, Ben Franklin, Ralph Waldo Emerson, and Margaret Fuller. Google it. You’ll be surprised by what you find! 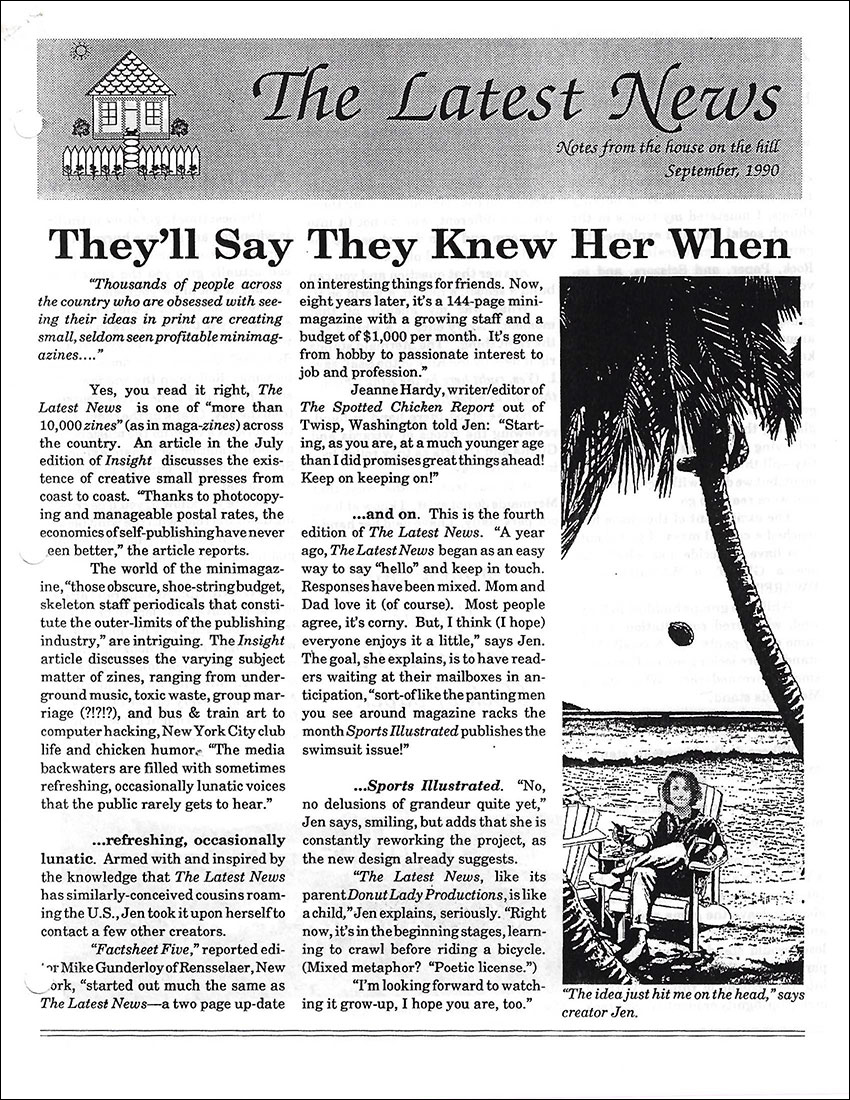 Back in the early 90s, I created a newsletter called The Latest News as a way to keep in touch with college friends and family. It had essays, quotes, photos, bits and pieces of personal news. I didn’t know it was a zine until I read about the zine phenomenon and learned about Mike Gunderloy who reviewed and cataloged thousands of zines in his publication Factsheet Five. Then I sent him a copy of The Latest News and he reviewed it, and the next thing I knew — BAM! More than 350 people had subscribed and were reading my little 4-page, photocopied zine!

And then more BAM! The New York Times interviewed me about zines once. And Tom Trusky, a professor at Boise State University invited me to be part of a zine exhibit called Some Zines: American Alternative & Underground Magazines, Newsletters & APAs. And later, The Latest News was featured in several retrospective books about the zine phenomenon: Notes from Underground: Zines and the Politics of Alternative Culture and The World of Zines: A Guide to the Independent Magazine Revolution.

Flash forward…I hate to say this, OMG…30 years, and here we are: MANIFEST (zine) and International Zine Month. Go figure!

The experience of MANIFEST (zine) so far has been pretty go-figure magical. Maybe enchanted? The idea to do a zine (again) just appeared. The first issue, Divine Intervention, practically gathered itself together — one piece inspiring the next and the next. The final printed piece makes me smile every time I look at it, and folks who have read it so far seem to feel the same way.

Bottom line? It’s really, really good to be back!