Hi, All Your Readers… 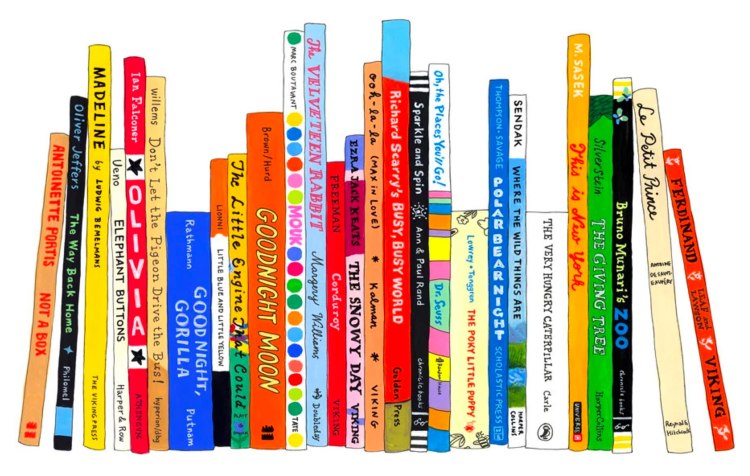 The question gets posed often, by Literary Hub and Shelf Awareness and BuzzFeed: What were your most influential books as a kid?

And we all respond: Little Women or The Secret Garden, The Adventures of Huckleberry Finn or Harry Potter. Even I would start to tell you James and the Giant Peach and The Boxcar Children…if it weren’t for the marvelous collection of books that appeared on my doorstep as a child.

You see, in the early 1970s, my parents had the brilliant idea to subscribe my sister and me to the Parents’ Magazine Press Best Book Club. So that from the first book I ever read all by myself, Hi, All You Rabbits, I was magically transported to the imaginative worlds of the Ice Cream Cone Coot and Captain Jane. I became lifelong friends with Mog the cat and Suzy the squirrel.

As a matter of fact, I often think of Suzy, her tidy treetop house and acorn soup, when I walk in the woods, watch squirrels running here and there.

Good books are like that, they stay with you long after the last page. Some, like the ones below, may still sit on your bookshelf to discover at random or share with the little ones who come to visit.

Here are some of my favorites…

Donkey-donkey
“A classic tale of vanity and folly, and learning to accept oneself—protrudent ears, redundant name, and all.” Written and illustrated by Roger Duvoisin, 1968.

Hi, All You Rabbits
Sweet animal book that illustrates animal activities and sounds. Written by Carl Memling, and illustrated by Myra McGee, 1970.

Hurray for Captain Jane!
Sail away on imagination when Jane wins a paper sailor’s hat and a bar of soap at a party. Written by Sam Reavin and illustrated by Emily Arnold McCully, 1971.

The Ice-Cream Cone Coot and Other Rare Birds
Fabulously illustrated with curious creatures, this book “describes in verse such unusual birds as the shuttercluck, the milkbottle midge, the waterglass goose, and the highbutton bobolink.” Written and illustrated by Arnold Lobel, 1971.

The King with Six Friends
In which Zar, an out-of-work King, searches for a kingdom and meets six magical friends along the way. Written by Jay Williams and illustrated by Imero Gobbato, 1968.

Miss Suzy
A charming, self-sufficient squirrel makes friends with a band of toy soldiers and shows how “family” can take all different shapes. Written by Miriam Young and illustrated by Arnold Lobel, 1964.

Mog the Forgetful Cat
Dear, dear troubled Mog, how I love you. I suspect you are the reason I understand cats more than most. Written and illustrated by Judith Kerr, 1970.

The Monkey’s Whiskers: A Brazilian Folktale
In the stack of illustrated books, I always left this one on the bottom. The monkey was a little creepy and as mischievous as my little sister. Still, the story and illustrations are divine. Written and illustrated by Anne Rockwell, 1971.

The Story of Zachary Zween
Other kids learn rhyme from Dr. Seuss, I learned it from Zachary Zween. “Albert Ames went first each day, because his name began with A. For A to Z that was the rule, of this particular London School…and who came last? Poor Zachary Zween, so envious that his face turned green.” Wonderful illustrations of London, too, make this still a favorite. Written by Mabel Watts, Illustrated by Marilyn Hafner, 1967.

Book illustration ©Jane Mount, the originator of IDEAL BOOKSHELF. If you are not yet familiar with her work, GO HERE NOW (www.idealbookshelf.com). Imitators abound, now, but Jane’s originals will always be the best! BTW: she also makes pins!